Jo qualified through Yoga Alliance with Claire Missingham, one of the UK’s foremost Vinyasa Flow Yoga Teachers, and has been teaching private and group yoga classes in London.

Jo trained as a dancer at London Contemporary Dance School and later became a successful International Club DJ for many years. During this time, Jo discovered Yoga, the instant improvement she experienced in strength and flexibility made her curious to discover more about Yoga and its extensive uses and benefits.

Jo has been practicing Yoga for fourteen years; it was her dream to become a teacher and blend her three great passions together, Yoga, Dance and Music. Her sequencing and interest in how the body moves are largely influenced by her work in dance. Her playlists are cleverly crafted utilizing her extensive knowledge of all forms of music from her DJ career, whereas the breathing, asana and esoteric elements stem from her education in Yoga and its rich history of ideas and styles. The hope is that by combining her three loves, they enrich one another creating a fulfilling practice.

Jo has also studied Meditation at the Buddhist center and Naturopathic Nutrition at The College of Naturopathic Medicine. Jo firmly believes in the power of a healthy diet and has taught Yoga at Amchara Health retreat in Somerset on one of their weekly juice fast detox retreats.

As well as her 1-2-1 clients and teaching weekly corporate yoga classes for Estee Lauder, Jo has also launched an exciting new concept called Smokin Joga as a healthy antidote to going out to a club. Smokin Joga is held in the evening at exciting venues, yoga studios and nightclubs. Jo pre-mixes a cool selection of uplifting house and chilled electronic grooves while a live percussionist matches the drums to the beat.

Clients get a high-intensity yoga session to revive their senses and are encouraged to have a dance to let off some steam before they settle down for relaxation at the end. 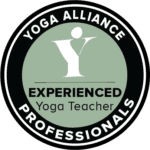